As I ponder the ways in which Faith Matters, my mind is drawn to another pair of words: Faith Communities.  These days, Carol and I live in two different worlds: we spend about half of our year in Louisville, Kentucky, the other half in Michigan.  When people in each place ask us about what we like about the other, our answer always centers around the faith communities which welcome, encourage and sustain us in each place.

I am convinced that faith is like that.  Lived alone, it tends to shrivel up and dry out.  It is the several  communities of which we are a part – our physical neighbors, those we see on a regular basis, often at church, as well as those we see more rarely and interact with mostly electronically – with whom we share our worries and concerns, who enrich our lives not only with joy of spending time together but also with their reminders of the faith-based roots that sustain our energies and our hopes.

This thinking leads me to deep gratitude for those who are engaged in those faith communities along with us, for the institutions that provide the framework in which they operate, and for the work of the Holy Spirit, which  provides the bedrock, the lubrication, the energy and encouragement driving and sustaining those faith-based relationships.

I well know that it requires a commitment of time, energy, and yes, also of financial resources, to sustain the institutions and relationships that keep those communities of faith strong.  In these early days of this year’s stewardship drive at St. Andrews, I am glad to add my words of support in reminding people of how blessed we are to be part of a church that is itself a community of faith and that provides the context in which many of these relationships are established and sustained. I am thankful for each of the friends with whom I am able to share those relationships, for the church that provides the context in which many of them grow, and most of all, for the gift of the  Holy Spirit, an active participant in each of those communities.  What a blessing these communities of faith are for each of us.  May we do all we can to nurture them and keep them strong. 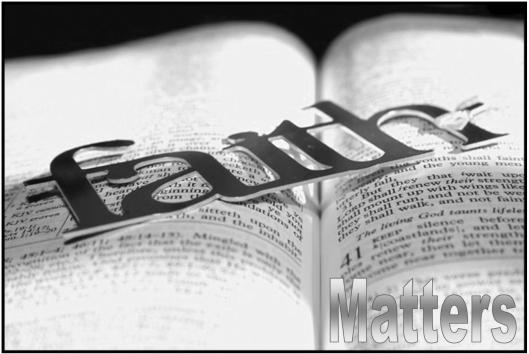 The year was 1949.  In post-World War II America, new hope was rising and new vigor was inspiring the rebuilding of the world following the devastating death and destruction of the war.  My Dad had returned from the Pacific theater and started his family with twins–and since I am the second born, I will be forever grateful!  I was only two years old and knew nothing of the underbelly of American society at that time, the ugly remnants of racism, the injustice of Jim Crow in the south, the plight of African Americans who had risked their lives for their country in the war but still couldn’t sit at lunch counter or use the toilet in many parts of the country. (For a chilling account of the treatment of black Americans in Florida all the way up into the 70’s, read “The Devil In the Grove” by Gilbert King.  The distrust of the police by African Americans has deep roots.)

Rogers and Hammerstein understood. So they used their incredible talent to set a story in the context of a celebration of those who had served in the war; a story which would intentionally confront the racial divisions of the nation long before the Civil Rights movement of the 60’s or the Black Lives Matter movement today.  Of course, they called it “South Pacific” and it remains one of the most beloved American musicals of all time. Even 66 years later, it still challenges us with the lingering prejudices which bedevils our society today. In what must be one of the shortest songs of the American musical stage, they satirically identify the problem:

It’s got to be drummed in your dear little ear,  You’ve got to be carefully taught.

You’ve got to be taught to be afraid, of people whose eyes are oddly made,

And people whose skin is a different shade, You’ve got to be carefully taught.

You’ve got to be taught before it’s too late, before you are six or seven or eight,

To hate all the people your relatives hate, You’ve got to be carefully taught!

In some ways, Benzie County is not unlike the small town where I grew up in the post-war ‘50’s. With relatively little ethnic diversity, it would be easy to pretend that the pain of Dallas doesn’t reach us in our pleasant corner of the world. But the deeper issue is about the attitudes we carry and the lessons we pass on to our children. Even in our corner of the world, the church is called to give witness to God’s all-inclusive grace and the sacred worth of every person. That’s the lesson which needs to be “carefully taught” today.

We have in the midst of us, Christ’s healing power.  The source of this God-given   power comes to us through people, through prayer, and through communion with each other.  This healing power might seem foreign to us, so we don’t quite trust it.  For sure, we don’t want to be fooled by a “snake oil” salesman.  It seems to us like a fantasy or wishful thinking.  Is it really that easy?  Just say it and you’re healed.  Really? Yes, really!

We have something in psychology called abreaction, also known as the “talking cure.”  Successful outcomes in therapy, use abreaction liberally.  Unfortunately for us, we have to navigate living in society where we have to put on a “fake” face so we can hide our pain and our weaknesses.  We definitely don’t want other respectable people to see our dark side.  We keep that locked up and tucked away, so it never sees the light of day.  By doing this, we develop strongholds, where that dark side festers and grows.   Opening ourselves to the “talking cure” is a very important step in the healing process.  More recently, the term morphogenesis has been used to describe our fields of consciousness.  It is how we relate to the emotional content around us-a kind of resonance.  If we carry a resonance for peace, most likely we will be drawn to peaceful experiences, but if we have a high resonance for fear, we will be drawn to fearful experiences.  By becoming more conscious, we become clear enough to be less influenced by negative strongholds and resonate instead with more positive fields.

Paul refers to these spiritual “fortresses” or strongholds in 2 Corinthians.   Psychotherapy and Paul are in agreement here because in order to manage this dark side, it must be made conscious and brought out in the open. We need to talk it through-and even wrestle with it at times.  Transparency or what I call becoming “childlike” is how we heal. It is through this act of acknowledging our pain and weaknesses, that we destroy those strongholds.  In 2 Corinthians 10:5, Paul says,  “We demolish arguments and every pretension that sets itself up against the knowledge of God and we take captive every thought to make it obedient to Christ.”  These pretensions have to do with anything proud, man-centered, and self- absorbed.

Abigail Van Buren from “Dear Abby” newspaper fame,  graced us with good practical advice over the years.  One quotable quote  made an impression on me, “The church is a hospital for sinners, not a museum for saints.”       What we know about the healing of our emotional wounds is that we need to be open and transparent with those we love.   Ideally, if we can get past the facades, a Christian church is just the place for us to heal.

Hanging in the Grip of His Grace, I am